We are proud to release LIQUID STONE TRIO 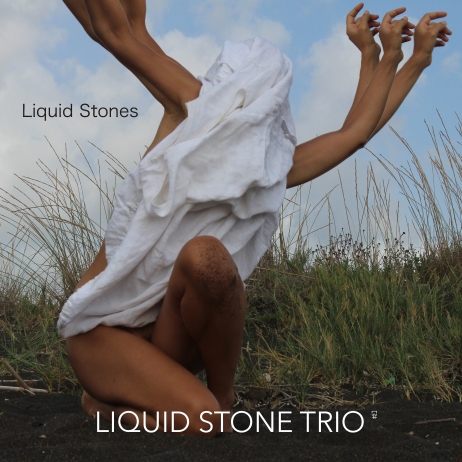 The project started in 2016 from a meeting with M.Uccheddu and E.Balia, researching on drums and electronic manipulation using Max/ MSP, it evolved with dance and movements’ sensors thanks to Caterina Genta who join in the band on 2017.

<<The reason of the invention of this project was the need to experience new ways of expression. The experimentation involves the use of drums and voice as sound material, remixed in real time with live electronics and sound synthesis. Live electronics is considered as a third sonorous object, which is able to respond and create new bases for rhythmic perception and compositional joints. This object gives us hints for the creation of new environments which one can constantly interact with, bond to the vocal and rhythmic sounds of the drums. The compositional process is strictly related to the universe’s social and spiritual roots, just like a ritual that winds between the “cages”, the different musical genres, to set them free from their classifications; every rhythm has its own simple root, which isn’t created by humans. The voice, on the other hand, represents the first form of music that humanity has ever known and that was able to use as a tool to communicate with the others.

With communication, it developed and shaped gestures, transformed them into moves, and after that, into dances. The mixture of voice, movements, rhythm and random elaboration, gives birth to a new method, bond to nature’s behaviour and that includes everything that’s been already used, but observed from a different angle. The sound, thanks to several sound sources placed on the four sides of the stalls, will be released so that one can listen to the moving sound. Everything to make the audience feel like it’s surrounded by a sound forest, in which perceptions can change and/or activate different states of consciousness. The composition of the different parts is made by macro-structures that are free to become “something else” spontaneously; factors like the universe, planets, planet earth, mankind, spirit, conscience. The purpose is to create a connection between the “something else”, to make us think about a common wellness, together with the universe and each one of its elements, like a unique “healthy” mass.>>