is a work consisting of a collection of “sound explorations” within the musical ecosystem of lcc01234art.
Each track can be interpreted as a planet where sound life forms live inside it. Inside the name of the tracks there are series of numbers that correspond to coordinates, each musical world has a precise position in the sound universe of lcc01234art, a universe composed of 2147483647 “spaces of possibility”.

The work takes up a musical aesthetic that crosses different areas of experimental music such as soundscape, glitch, IDM, noise etc., but without neglecting the melodic aspect. The music has an accelerationist and unpredictable character, and tries to take the listener into an abstract and surreal sound universe.

To fully understand this work it is necessary to dwell on the conceptual aspects that guide the artist’s work. The musician conceives art as if it were an “ecosystem” in which the sound material is “alive” and the artistic gesture is represented by the very vitality of the ecosystem; from this point of view, only when a sound changes autonomously is it a work of art.
For the artist it is not always the aesthetic-sound result that counts, but rather the evolutionary path of the sound; his aim is to supervise and select the most interesting results according to certain aesthetic canons, leaving plenty of room for “errors”. The aesthetics of error is fundamental to understand EEP, as the artist defines himself as “Error friendliness”, his role goes beyond the traditional composer, he is both author and spectator of his art, in fact he defines himself as meta-composer.

EEP is not only a musical work but also a visual one, the artwork of the 5 singles are imaginary scenarios based on fractals, where the sound is populated by the music of lcc01234art.
The artist, being an eclectic musician, has always had the need to catalog his music, to give it a musical genre, to give it a “place” or a “home” where it can exist, with this ‘last work was possible thanks to the creation of virtual worlds.

The sound worlds are described below, with the idea of giving sound a “physical” character, as if it were the organic matter of the planet itself.

RHEL is a soft, pulsating world in which melodic phrasing, immersed in a multitude of micro events, takes shape and deconstructs the mass.

RESS is a temple in which airy percussion disrupts and illuminates the walls.
a luminous magma emerges from the backdrop that does not allow for rhythmic patterns.

MXAU is a planet full of constantly changing erosions in which the ground vibrates to the point of compressing and reversing the flow of time.

SIGN is a suspended world in which sound events float above underwater pulsations and melodic phrases move through space, reflecting on the water.

SAGE is an expanse of sound, masses emerge from the surface while shadows pulsate and extend into a boundless space. 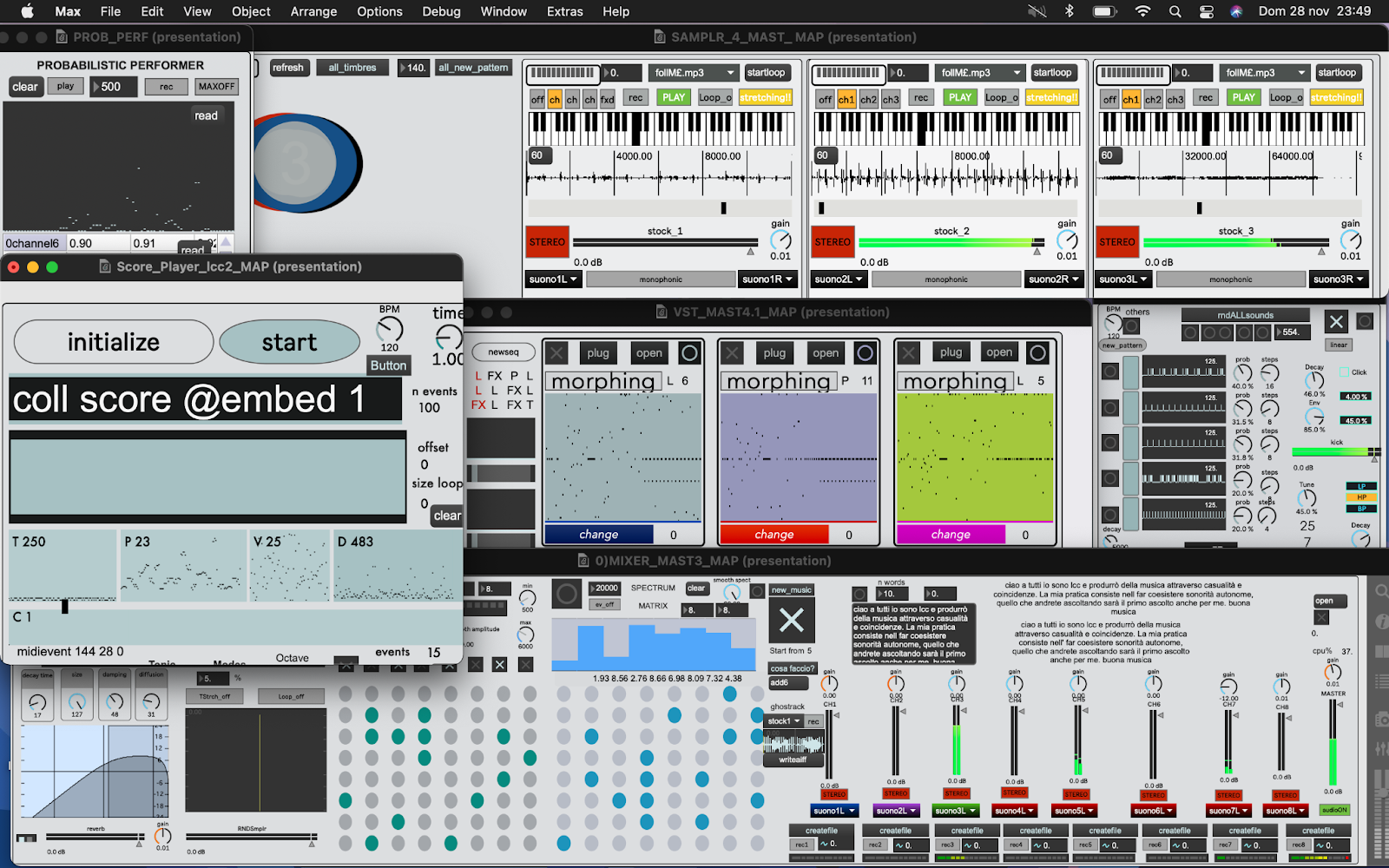 To create this work the artist used a musical software that he developed during 4 years of research in the field of generative music and non-linearity in art. It was a project he also presented for his degree thesis, entitled: Spaces of Possibility – Musical device for improvisation.

In the future, the artist will continue her research in the field of generative art, exploring the potential of non-linearity and randomness in art, with the aim of developing interactive and synaesthetic environments for performance.

For this EP several musicians, bots and technicians have been involved, and we thank them with great affection for their participation, availability and professionalism.

SUPRANU Records is an independent music label founded in 2018. Our program varies from electronica, experimental & sound art. Culture and connections are the basis of our policy. We intend to release and promote all the music that potentially brings innovation to the music scene, beside the common taste. View more posts